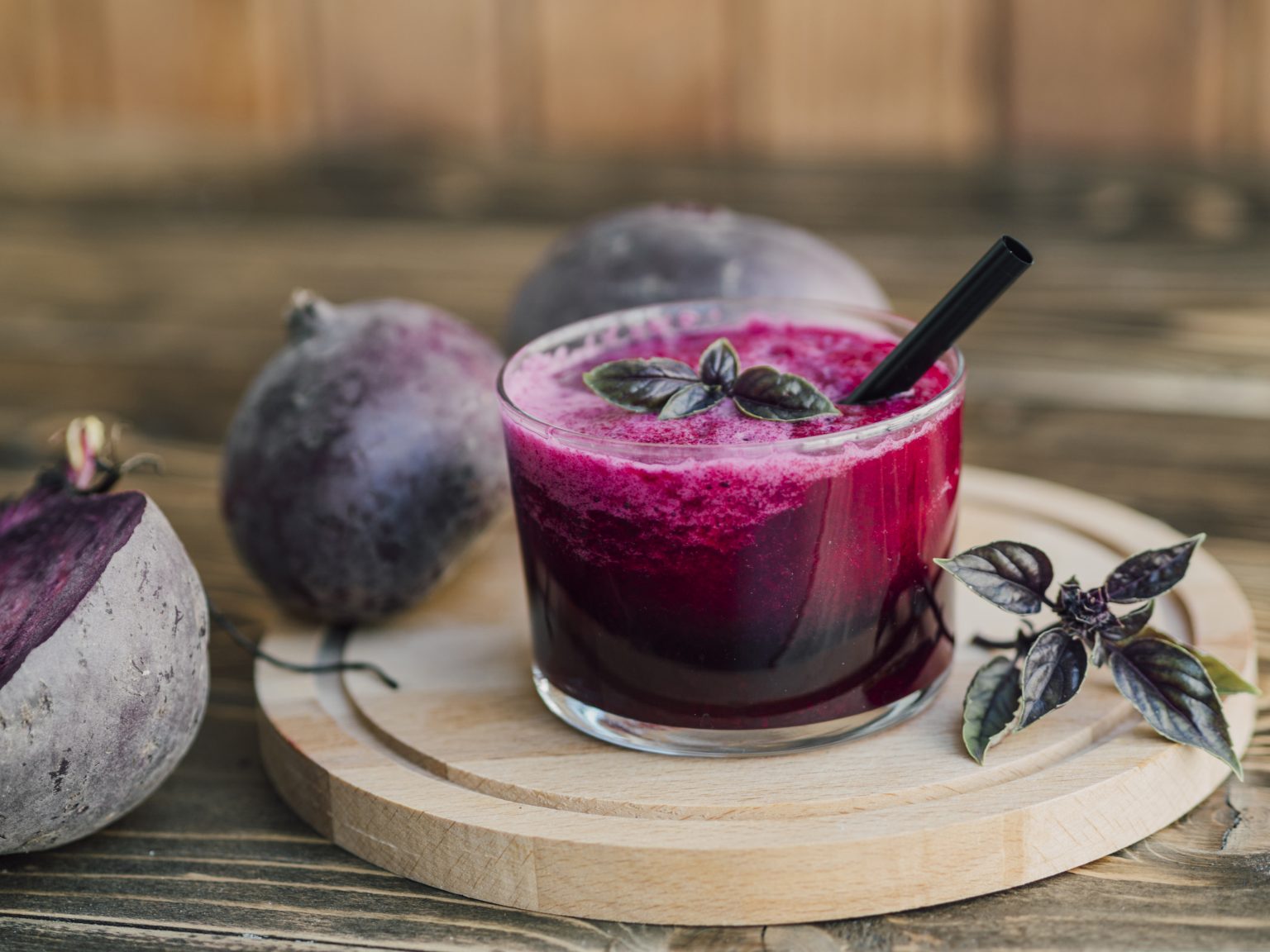 How Does Beetroot Juice Have an Ergogenic Effect?

Beetroot (beta vulgaris) juice is used as a nutritional supplement due to its high inorganic nitrate content. Nitrate is found in dark green leafy vegetables and processed meats in addition to beetroot juice. 75% of the nitrate taken orally is excreted in the urine, the part that interests us is the remaining 25%. This portion is converted to nitrite by the enzyme nitrate reductase by anaerobic bacteria in the oral cavity and then to nitric oxide in the stomach.

In addition to nitrate taken from food, the body naturally produces nitric oxide from L-arginine by the enzyme nitric oxide synthase (NOS). Especially in hypoxic environments, this production increases and the parts of the skeletal muscle that need oxygen are adapted to the available oxygen.

Nitric oxide is a vasodilator and its best known physiological function is to relax the smooth muscles of blood vessels. It also affects the mitochondrial enzymes of the electron transport chain, regulating muscle contraction and oxygen uptake. In addition, it takes part in many physiological functions such as the breakdown of pathogens in macrophages and neutrophils, inhibition of platelet aggregation, and neurotransmitter effect.

Increased nitric oxide in the body with consumption of beetroot juice;

Cardiorespiratory endurance or aerobic endurance is an indicator of the capacity of the respiratory and circulatory systems to provide the oxygen needed by the working muscles for energy production and the capacity of the muscles to use this oxygen during physical activity. Studies have shown that beetroot juice increases cardiorespiratory endurance and performance in long/short-term exercises, and prolongs exhaustion time in submaximal high intensity exercises.

Effect of Beetroot Juice on Cardiorespiratory Endurance in Hypoxic Conditions

In sports performed at high altitudes such as mountain bike races, the amount of oxygen in the inhaled air decreases, and sufficient oxygen cannot be supplied to the muscles. This adversely affects cardiovascular endurance. We mentioned above that nitric oxide production in the body increases as an adaptation response in hypoxic conditions. Beetroot juice can be used to facilitate and improve this adaptation. Kelly et al., in 2014, showed that beetroot juice supplementation for 3 days improved the exhaustion time and efficiency in hypoxic conditions (1).

Beetroot juice supplementation reduces muscle fatigue in intermittent high-intensity training. However, it is not known exactly how it achieves this effect. One of the presumed reasons are as follows; It limits the formation of metabolites such as ADP and inorganic phosphates that cause muscle fatigue. Another reason is; beetroot juice has a positive effect on power production by improving calcium release and reuptake from the sarcoplasmic reticulum.

Interaction with Other Supplements

Not Just for Sports Performance

Beetroot juice is recommended to be a part of treatment in people with chronic obstructive pulmonary disease (COPD), hypertension, heart failure and insulin resistance.

Beetroot juice has an ergogenic effect with a dose of 6 to 8 mmol or 350 to 500 mg of nitrate. An average of 100 ml to 130 ml of beetroot juice contains nitrates at this level, this value can be increased in high levels athletes training intensely. It is known that plasma nitrite concentration reaches its peak in 2 to 3 hours after nitrate consumption. For this reason, it is recommended to consume beetroot juice 90 minutes before the exercise.