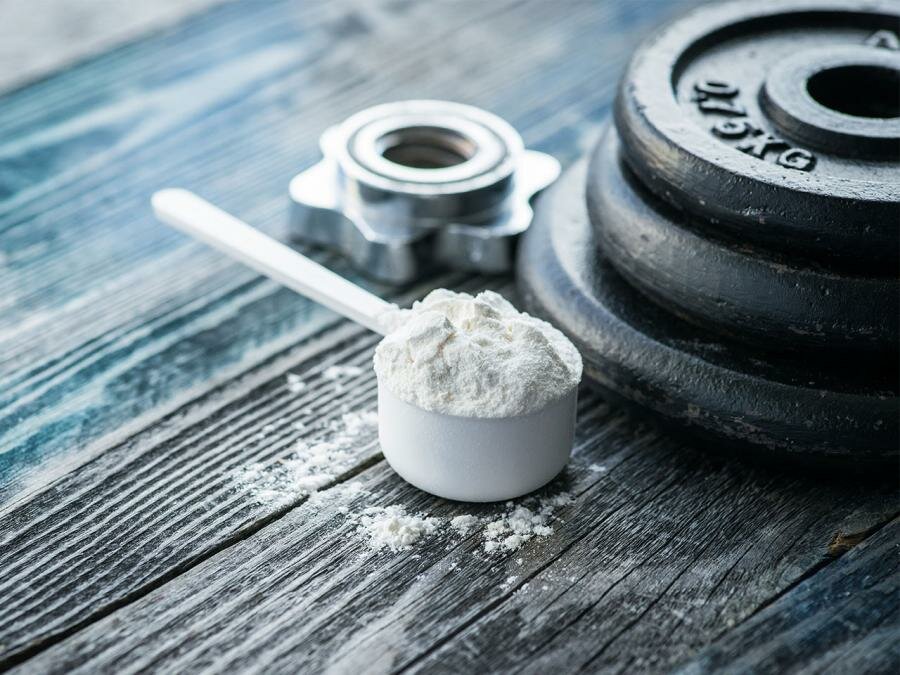 Creatine monohydrate is one of the most widely researched ergogenic supplements, which started to become popular in the early 1990s, is used by athletes in many sport branches. Studies show that with the loading and maintenance protocols, creatine supplementation can increase intramuscular creatine stores by 10% to 20% and accordingly improve exercise performance and/or training adaptation. So how does creatine do this?

Creatine is a non-protein amino acid compound found mostly in skeletal muscle (95%) and in small amounts (5%) in the brain and testicles. Two-thirds of the total creatinine is in the form of phosphocreatine (PCr), the rest is in the free form intramuscularly.

Creatine is both taken in the diet (some found in meat and meat products) and can be synthesized from the amino acids glycine, methionine, and arginine in the kidney, liver, and pancreas. Total creatine in muscle is 120 mmol/kg for a 70 kg individual, and about 1-2% of this creatine is excreted in the urine daily. In order to maintain creatine stores under normal conditions, 1-3 g/day of creatine should be taken in the diet and produced in the body. This requirement increases during exercise.

Its role in energy metabolism

Energy expenditure increases during exercise and continued activity requires rapid replenishment of ATP. When needed, glycogen and fat stores are used as the main energy source for the resynthesis of ATP. However, some energy is also released by the breakdown of phosphocreatine (PCr), an intracellular high-energy phosphate compound. In the first 6 seconds of a high intensity exercise or in situations that require a few seconds of explosive power during the exercise, the energy need is provided by the creatine phosphate energy system, which is the fastest way of ATP replenishment.

“The increased intramuscular ADP concentration by hydrolysis of ATP during exercise shifts the creatine kinase reaction towards PCr hydrolysis and ATP production. Phosphate obtained by PCr hydrolysis is used together with the ADP molecule to resynthesize ATP; The reaction does not require oxygen and reaches maximum energy yield in about 10 seconds.”

How should it be consumed?

To obtain an effective result from the use of creatine monohydrate, a maintenance protocol is followed by a loading protocol.

What are the side effects?

Weight gain is the only consistently reported side effect of creatine supplementation in the literature. Since the use of creatine increases fluid retention in the muscle, weight gain is an expected result in the first few days. In weight-category sports, this situation can cause more disadvantage than advantage when used in the days before the competition. However, while there is some evidence in recent studies that creatine supplementation increases water retention in the short term, which is mainly attributed to increases in intracellular volume, there are a few other studies suggesting that it does not alter total body water (intracellular or extracellular) relative to muscle mass over longer periods of time. As a result, creatine supplementation may not cause water retention.

It has been shown that creatine consumption of 0.3-0.8 g/kg/day for up to 5 years does not pose any adverse health risks in infants to the elderly, healthy and sick people. Unscientific claims made in the popular media that creatine supplementation increases musculoskeletal injuries, causes dehydration, muscle cramps or gastrointestinal disorders have been disproved by studies. Creatine supplementation is considered as an acceptable nutritional strategy in individuals, who train seriously within the scope of the competition and consume a balanced and performance-supporting diet, are knowledgeable about the use of creatine and do not use more than the recommended dose. However, individuals with kidney or liver problems should consult a physician before using creatine.