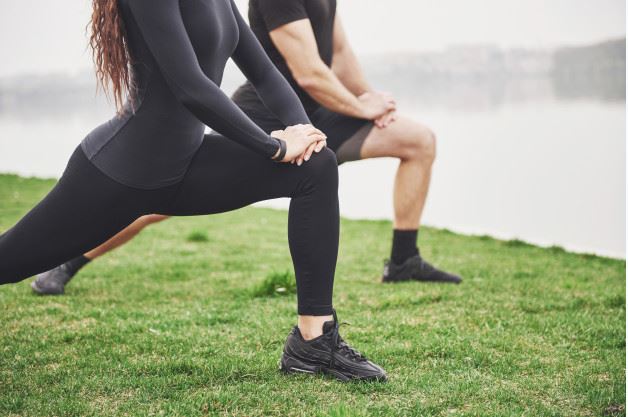 Women generally have a higher body fat percentage than men. While most of the total body fat in women is localized in the hip-leg area, in men it is localized around the abdomen, which we call the abdominal area. Could this difference in fat storage indicate that fat burning can differ between sexes?

While some studies do not report a difference between men and women, most of the studies conclude that there are marked differences in fatty acid mobilization, oxidation, and storage between sexes. Does this difference give women an advantage during exercise?

Most studies have shown that during submaximal exercise (60% of VO2max) women have a lower respiratory exchange ratio, in other words, higher fat oxidation (1,2,3). In the study by Jeukendrup et al., with 300 participants (approximately 50% female/male ratio), they determined the amount of fat oxidation at different exercise intensities (4), the results showed that women used more fat than men in long-term endurance exercises.

Let’s look at the factors that cause this difference according to the results of the studies;

Although these results are correct, it is useful to consider variables such as age, body composition, lean body mass, and training status. If we examine this difference between the genders in terms of sports performance; It can be said that the fact that women save on carbohydrates reduces the risk of hitting the wall in long-term races. However, although there are differences between the sexes, it is not possible to give a nutritional recommendation in practice. A study by Jeukendrup et al. shows that we are talking about a difference of 0.66 mg per kilogram of lean body mass between the sexes. In this case, women with 55 kg and 12% fat will burn 42 mg more fat compared to a man and a woman. In other words, we can say that women will burn 2.5 grams more fat per hour or spend 22 kcal more energy. Although this amount is different in theory, does it make a difference in practice?