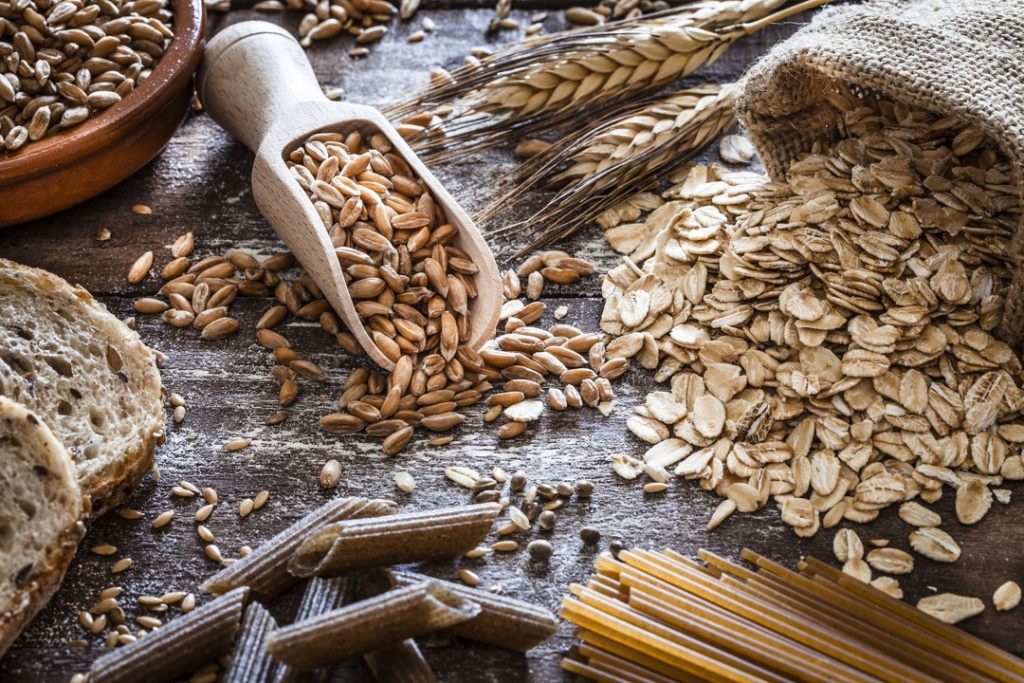 If we had the opportunity to look at the internet browsing histories of a wide range of populations, from an individual who is exercising recreationally for several days a week to a professional athlete, it would not be surprising to see that one of the most searched words (perhaps number 1) is “carbohydrates”. In this article, we will talk about how we can increase glycogen, the human body’s storage form of carbohydrate, above what we consider to be “normal” before we get into the debate over which macronutrients are more valuable for athletic performance, before performing an athletic performance.

Perhaps one of the cornerstones of this protocol was the study carried out by Bergstrom, Hermansen, Hultman and Saltin in 1967.(1) In this study, 9 healthy participants were exposed to 3 different nutritional protocols for 3 days, and then the participants were asked to continue cycling exercise at 75% VO2max until they were exhausted. Before each exercise, the muscle (quadriceps femoris) glycogen values ​​of the participants were determined by biopsy method and the relationship between this value and the time to exhaustion was evaluated. Nutrition protocols applied were as follows; a) mixed, b) protein + fat (1,500 and 1,300 kcal, respectively) and c) carbohydrate + protein (2,300 and 500 kcal, respectively). The results of the study showed that the nutrition protocol in which the exercise could be continued for the longest time by the participants and at the same time the highest muscle glycogen values ​​were observed before the exercise was c) carbohydrate + protein. Considering these results, it has been concluded that the content of the diet may also be an important determining factor in long-term endurance performances. 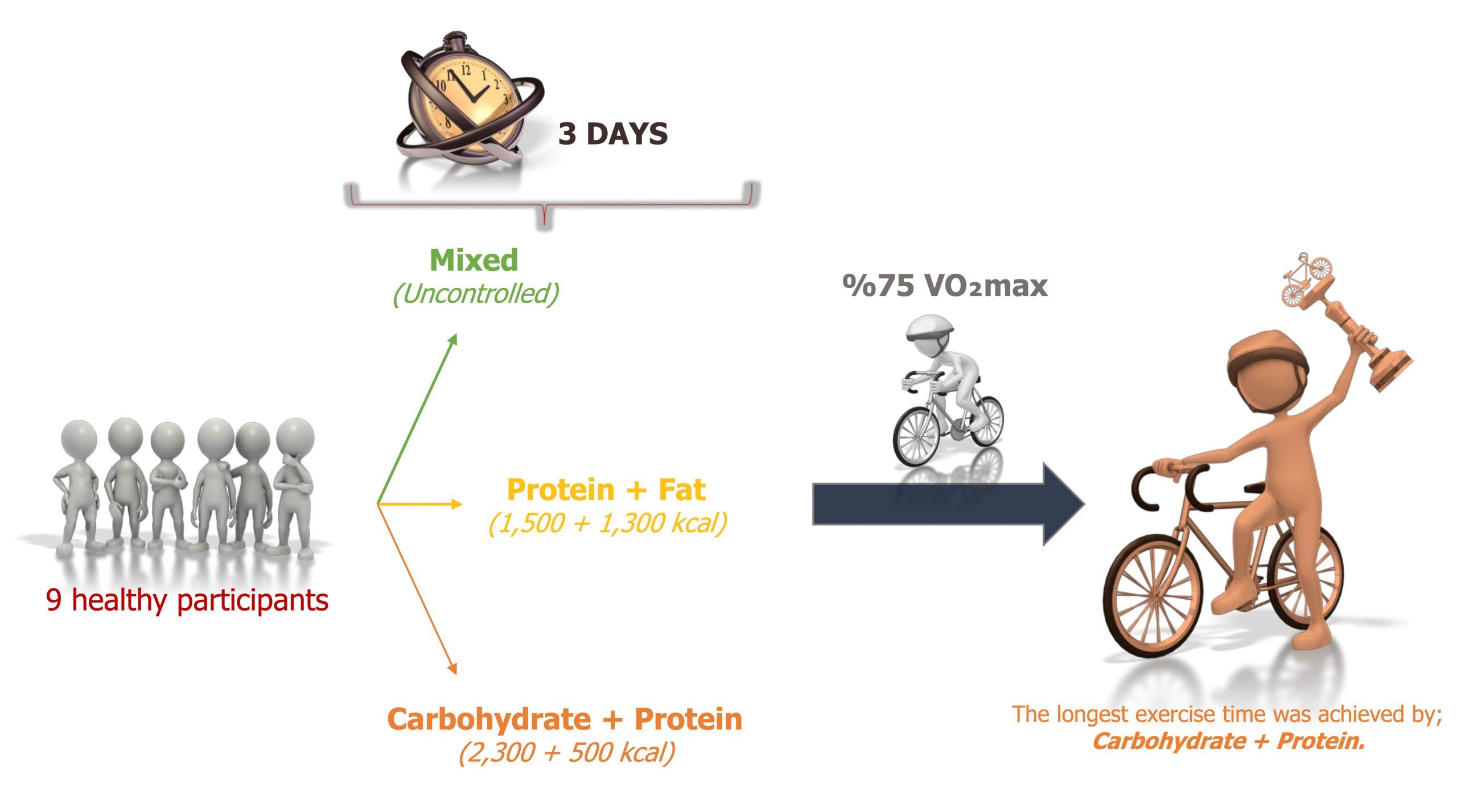 Before giving information about the methods applied so far in the implementation of the carbohydrate loading strategy, it would be appropriate to explain one more concept on this subject, “glycogen supercompensation“. Bergstrom and Hultman were the first scientists to explain this concept with their work published in the journal Nature in 1966.(2) In their study, 2 participants exercised on a bicycle in such a way that the 1st participant would turn only the left pedal and the 2nd participant only the right pedal, until they were exhausted under a constant workload. After the protocol was completed, biopsies were taken from both legs of the participants to determine the amount of muscle (Quadriceps Femoris) glycogen. After the exercise protocol was completed, both participants continued their daily habits with a high carbohydrate diet for 3 days. To observe the possible change that this nutrition protocol will bring about, muscle biopsies were taken from the same region at the end of 3 days. According to the results of the study, the amount of muscle glycogen in the legs by which the participants exercised was approximately 2 times higher than the amount of muscle glycogen in their other legs. Following these results, it was concluded that the glycogen storage capacity of the exercised muscle group could rise above normal for 3 days after the exercise, and this situation was called glycogen supercompensation. Another interesting information about this study is that the participants in the study were Jonas Bergstrom and Eric Hultman themselves. 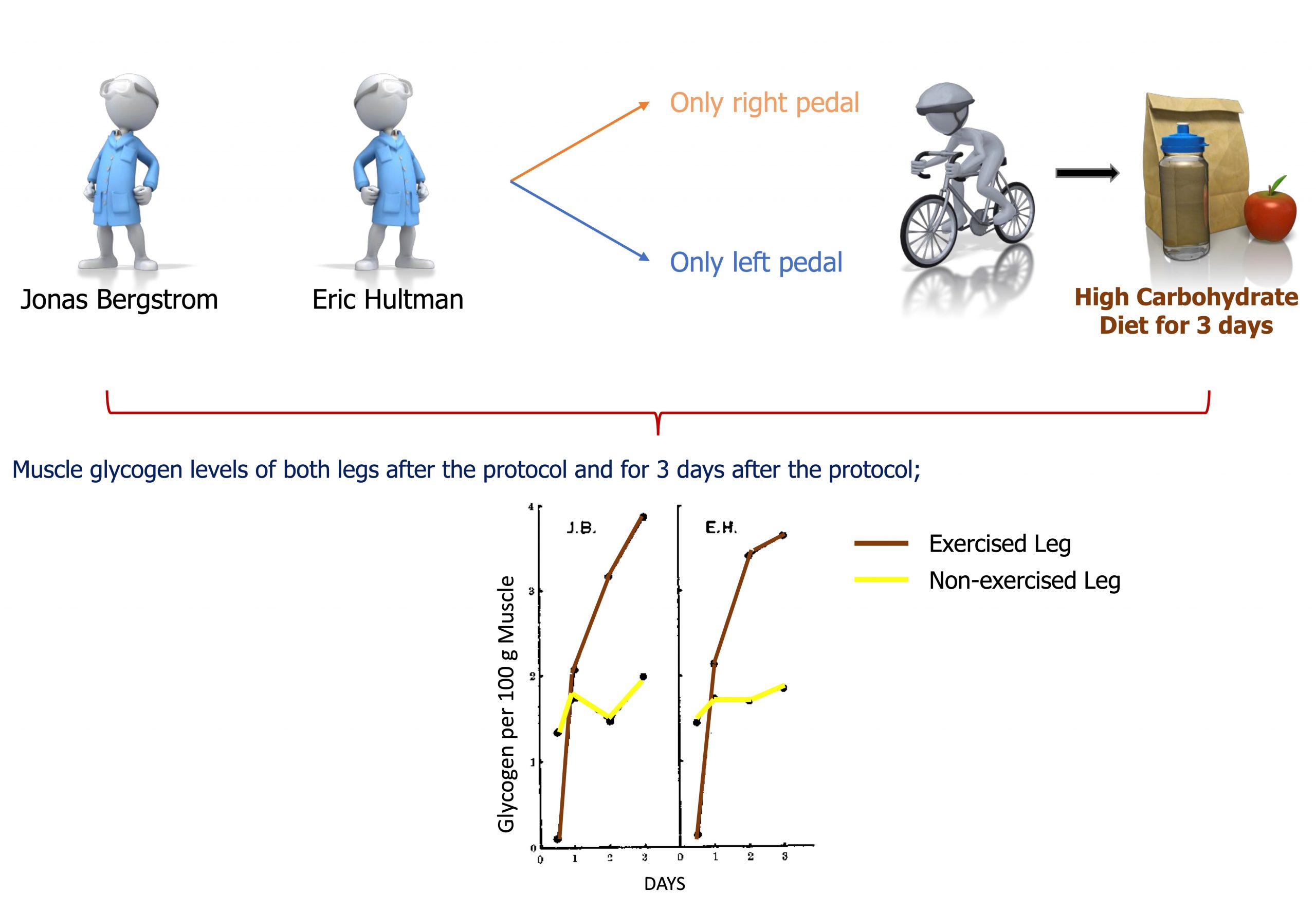 Guided by the studies we mentioned, the classic carbohydrate loading strategy used by athletes; Following a low carbohydrate content (<2 g/g body weight) diet for the first 3 days (the main idea behind is to support glycogen supercompensation strategy), with a gradual reduction in exercise intensity, switching to a high carbohydrate content (8-12 g/kg body weight) diet for the next 3 days. However, after realizing that the low carbohydrate diet applied for the first 3 days did not have a significant effect on supercompensation, this strategy was changed to a normal/average carbohydrate content (⁓5 g/kg body weight) in the first 3 days.(3) However, Bussau and his colleagues questioned this protocol as well, questioning whether a diet with a high carbohydrate content for a shorter time would also reveal the same muscle glycogen levels.(4) In this study, 8 trained athletes were asked to consume a diet containing 10 g/kg body weight of carbohydrates for 3 days and not to engage in any physical activity during this time. To determine the effect of the nutrition protocol on the amount of muscle glycogen, muscle biopsies (Vastus Lateralis) were collected from the participants before the protocol, at the end of the 1st and 3rd days of the protocol. At the end of the study, it was found that the amount of muscle glycogen increased significantly at the end of the 1st day, but there was no significant difference between the values obtained at the end of the 3rd day and 1st day. Bussau and his colleagues suggested that it would be sufficient for the athletes to apply the carbohydrate loading protocol with physical inactivity for a period of 24-36 hours instead of 3 days to achieve the desired level of muscle glycogen.

In this article, I tried to explain what the concept of carbohydrate loading is, how it came about, and its evolutionary process over time. Before your competitions, to find out whether you need to apply a carbohydrate loading protocol and, if necessary, which one of the above-mentioned carbohydrate loading protocols is more appropriate for you, I suggest you to seek the advice of a professional (sports dietician can be a good option). In the next post on this subject, we will talk about the practical points that should be considered while applying this protocol.